How to avoid & get rid of powdery mildew on weed plants!

It helps big time when you are in a position to fathom at the earliest moments that your grass plants are affected by powdery mildew on buds. If you set your eyes on wilted and mottled leaves in your marijuana plants at any given time, please take action. Also, if the leaves appear spotted, flour-like, and fuzzy, that could be a disaster in waiting.

Signs of white powdery on cannabis

Mildew spreads fast and can render your joy useless within minutes. That said, if you see some white patches on the weed leaves or buds, then that is undeniably mildew on marijuana. The condition can get rectified to the entirety if you happen to see it early. This explains why we mostly recommend that cannabis farmers accord their beauties the attention they deserve. 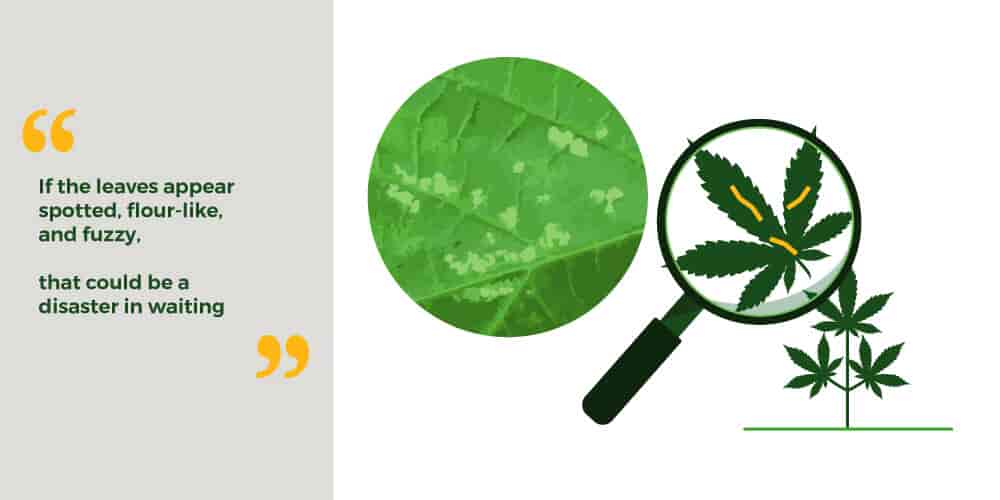 It is important to note that mildew mostly affects the smallest cannabis plants on a farm before going for the fastest. If there is a somewhat damp scent in the garden, then it is essential to note that the buds have gotten affected.

The main cause for white powdery on marijuana

Cannabis farmers who cultivate their plants in high-humidity areas (specifically with more than 55% Relative Humidity) face mildew problems. Ventilation needs to get ensured in these places to strike a balance.

High humidity levels are, therefore, the leading cause of white powdery cannabis. 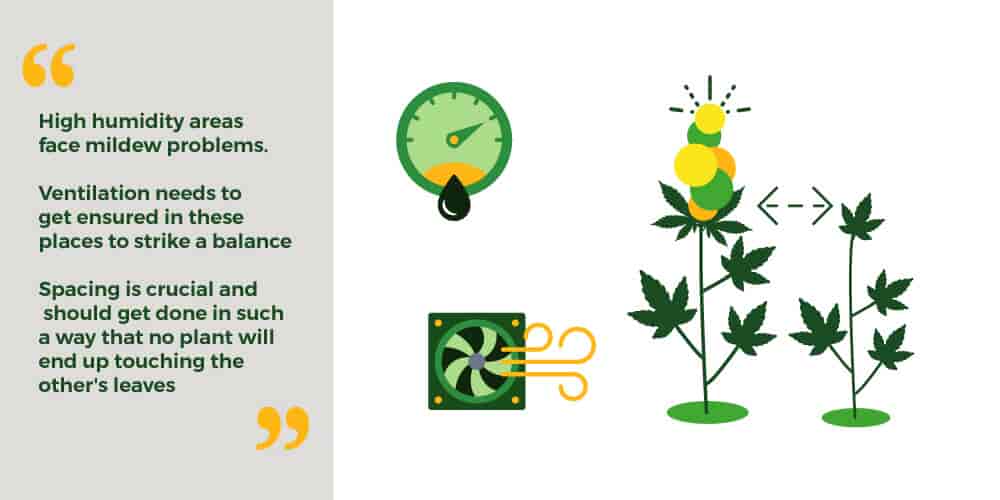 Secondly, if one plants their strains in such a way that there is contact among different strains, then the highest chances are that mildew will develop and end up spreading across the entire farm. This means that spacing is crucial and should get done in such a way that no plant will end up touching the other's leaves, regardless of its size. Also, proper spacing means that should any plant be affected by white powdery, doing away with it or treating it gets easier.

Lastly, clones may cause mildew in marijuana. Picture this: If you used a mildew-infested clone, then the highest chances are that the very clone will end up transferring mildew to the other neighboring strains.

As an adage goes, prevention is better than cure, which doesn't exclude mildew on marijuana. So, when possible, we would recommend that you take these precautionary measures before you may start looking for the best ways to eradicate white mildew from marijuana. The best treatment against powdery mildew includes:

Use apple cider vinegar for powdery mildew on cannabis plants

Apple cider vinegar for powdery mildew is one of the oldest yet dependable measures used to eliminate mildew from cannabis plants. The process is quite straightforward since you mostly need to mix two full tablespoons of apple cider vinegar per liter of clean water. We recommend that you use organic vinegar for the best results.

Mix them together and spray them on your plants. You can even do this before you actually have a mildew problem as a way to prevent it. Take care not to use too much vinegar as it can burn plants. If your mildew problem has progressed quite far then using an apple cider vinegar concentration of higher than 5% may be needed.

A mixture of milk and water is another easy way to fight against Powdery Mildew. Weekly spray your plants (when they are going to have light for a few hours) with the mixture of 1 part milk to 9 parts water. The reason why this strange concoction works for mildew is that milk's protein reacts to the sun and light and creates an antiseptic. You can increase the ratio of milk to water, but don't go overboard as it can have adverse side effects.

If you're dealing with infected plants, and you're disposing of leaves or other affected trimmings, be sure to get rid of them in closed plastic bags as the spores can easily escape and manage to find their way to other plants.

Although Powdery Mildew may seem like a big and disgusting problem at first, it's cheap and easy to fix. Just keep an eye on your plants and make sure to catch them before it spreads!

What if I discover powdery mildew on buds later than anticipated?

Well, then we are sorry to let you know that you have to do something to salvage the healthy plants by doing the unfathomable - uprooting the infected plant. This is the best way to ensure that the mildew on marijuana won’t find its way to healthy plants. We agree that it’ll be a loss to you, yes, but then it will be a catastrophe when the entire pot farm gets affected. 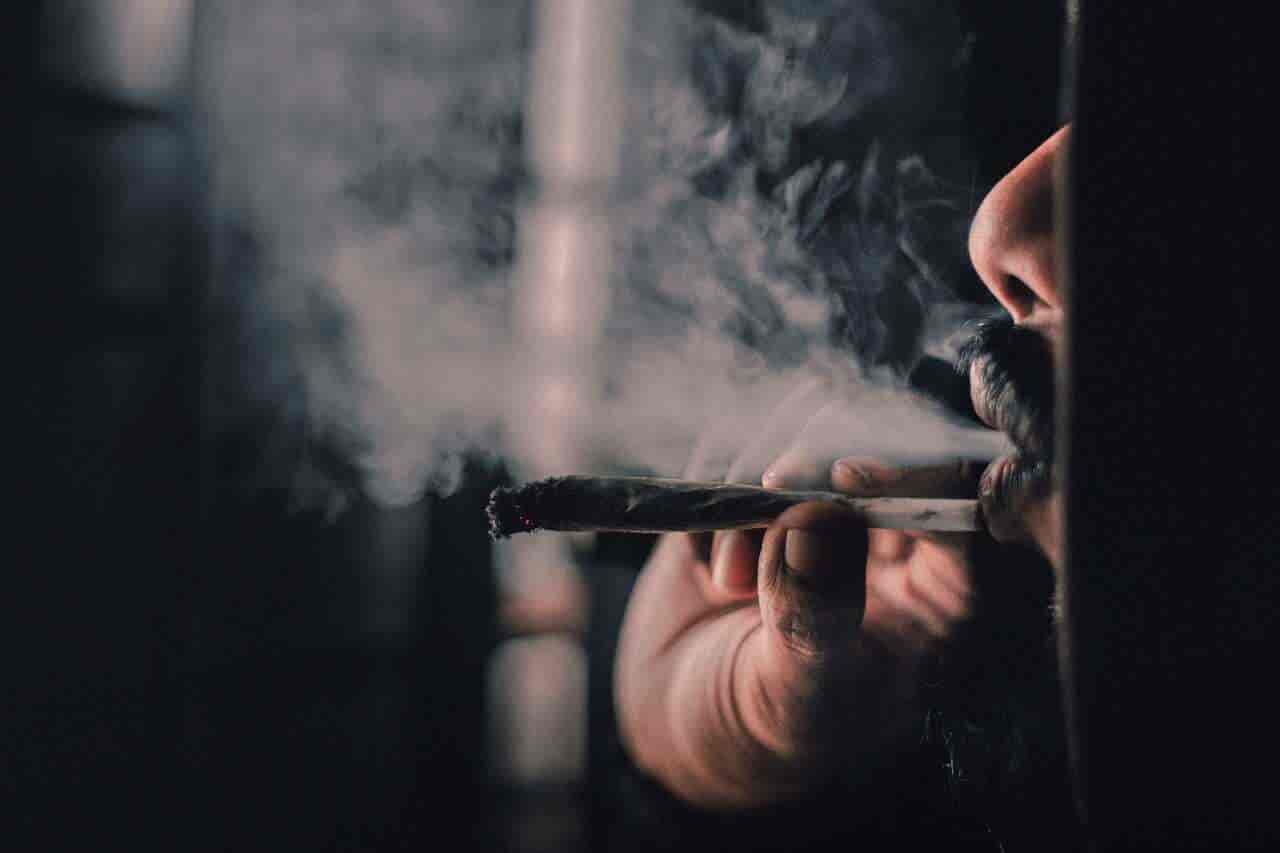 Can I smoke mildew on marijuana?

Technically, yes. You can unknowingly smoke mildew on cannabis. There is no evidence yet that mildew-infested weed can be hazardous to your health, but online users have reported instances of allergies.

In case you suspect that weed has ever been infected by white powdery mildew on buds, then we recommend that you don’t take it.

Yes, vinegar kills powdery mildew. You will need to ensure that you properly dilute the vinegar as it will certainly kill the plant too when used in its raw form. To use vinegar to kill powdery mildew, you need to begin by mixing 3 tablespoons of vinegar with 4 liters of water and spray the affected plants.

What gets rid of powdery mildew?

How to stop white powdery mildew on weed plants

How long does it take to get rid of powdery mildew?