Couchlock after smoking weed? 7 ways to prevent it!

We have all heard it before: Someone refers to Indica as “In-da-couch”. What does it mean? It is referring to couchlock. But what is couchlock? What causes it? How do you fight against it? Do you want to fight against it? For the answers to these questions and a definition of it, read on:

Couch-lock is a term used by stoners to describe a strong feeling of physical sedation brought on by smoking cannabis. It used to be thought that the Indica strain of weed was the culprit. Now it is believed that the sedative effects of certain strains of weed are caused by terpenes. There are some strains of Sativa that have been reported as causing Couch-lock also. Having ingested a higher quantity of terpenes causes the user to feel like their bodies have turned into a lump of heavy clay. The thought of moving at all is beyond comprehension. You feel as though you are locked to whatever surface you happen to find yourself on – hence couchlock.

3 Strains That Will Give You Couch-lock

Some people do not like the feeling of Couch-lock. It can be disorientating. Other people may be looking for the feeling, as it is definitely a full-body relaxation. If you are looking for it, then there are certain strains that will give it to you. The following three strains will induce couchlock if you use enough.

If you have even dabbled in the use of marijuana, then you have most likely heard of Northern Lights. If you like to indulge, then Northern Lights will get you into Couch-lock. Northern Lights is a hybrid of two Indicas – Thai and Afghani. At 21% THC levels and relatively high terpenes, it can get you very high.

Sometimes called the tranquilizer, Night Nurse has THC levels that can knock you out. It is also high in terpenes. Night Nurse will most likely give you a Couch-lock. It is well known to have a sedative effect. Having a stressful day? Light up, chill out, and melt into that couch.

Master Kish is another Indica marijuana strain. Master Kush has won a pair of Cannabis Cup Awards (2005 and 2006). It has high terpene levels and THC, coming in at an average of 16% and reaching 20%. Master Kush will definitely lock you to the couch. Just ask Snoop Dogg, a purported supporter of the strain. This strain is not for the beginner smoker.

The 7 Ways to Prevent Couch-lock

O.K. so maybe you aren’t looking to become a blob stuck onto your couch. Maybe you need to make dinner. Maybe you need to walk around a bit and cannot be immobilized for a long period of time. Follow these seven steps to help you prevent Couch-lock.

If you are new to the world of cannabis, keep your doses low until you get used to the effects of cannabis. Couch-lock can be prevented if you maintain your limits. Like anything else, too much of a good thing can be bad. So start slow and work your way up to where you are comfortable. If you are a veteran and are feeling the effects of too much marijuana, try scaling it back a bit.

2. Use an Appropriate Delivery Method

Smoking and vaping deliver THC quickly to the blood vessels under your tongue and in your lungs. This gets it into your system quickly. Edibles or oils can release the compounds in marijuana more slowly. If you combine a slow-release method with the appropriate dosage, then you should be able to avoid couchlock altogether. I know no one wants to hear it, but moderation and balance are two keys to having a good experience. 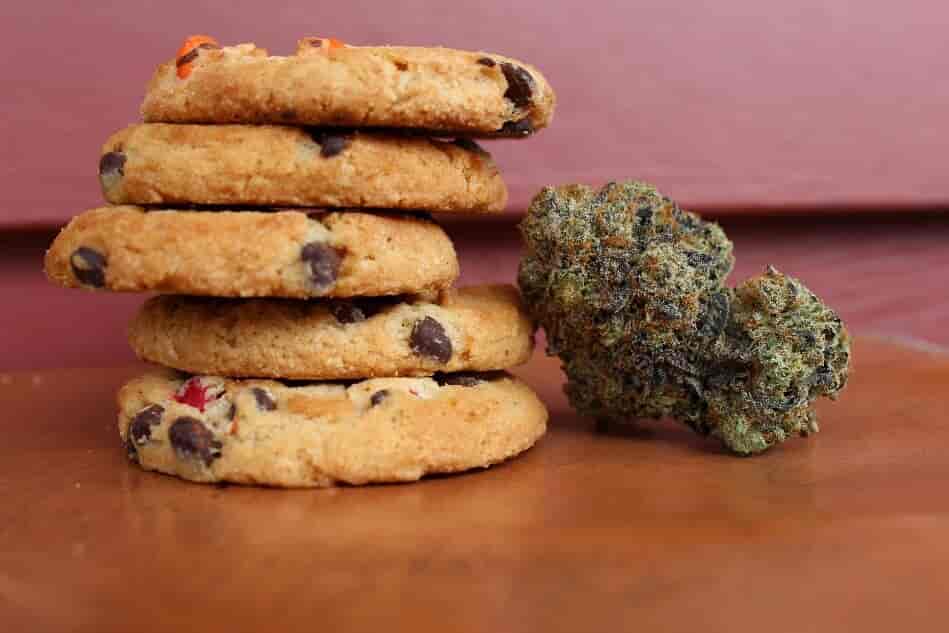 3. Avoid Strains That Are Known to Cause Couch-lock

If you are trying to avoid Couch-lock, avoid the strains that cause Couch-lock in the first place. I have listed three examples above, but there are many strains that can cause Couch-lock. Your search engine is your friend here. Type in “What strains of weed will produce Couch-lock”. I just typed it into a famous six-letter search engine and got back About 7,280,000 results. The information is out there. Just look for strains with high THC, CBD, and terpenes.

This ties in with knowing your limits but taking a moderate dose. If you want to run a marathon, you don’t just wake up one day and run it (not if you want to finish and remain healthy). You take it slow. You practice. You build up to it. The same is true with marijuana. If you want to avoid couchlock, start with a lower dosage. As time goes on and your tolerance builds, you can up your dose.

5. Take your Marijuana in a Comfortable Environment with People You Know Around

One of the better ways to avoid couchlock is to take marijuana in a place where you are engaging with people. If you are surrounded by people you know and are talking to, then it is harder to fall into the sedative stupor which leads to Couch-lock. Also if you are engaged with other people and are involved in an activity, then you may not smoke as much either – which will control your dosage for you. 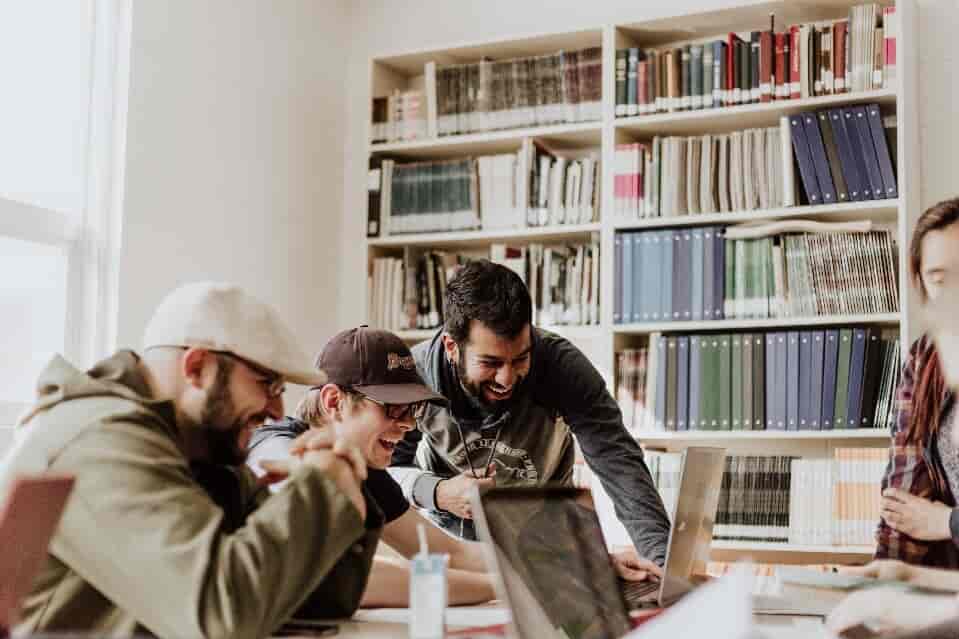 6. Have Someone There to Look After You

If you love trying new types of weed, never smoke alone. If you are at a party or attending an event, be with someone who can take care of you. If you want to avoid couchlock, have someone there to keep an eye on you. This goes along with the previous entry, but it is more personalized. This person is more like your smoking buddy than a group of people you are comfortable with. This person will be on the lookout for you, as you should be for them. Together you can both monitor each other and prevent one another from taking too much and getting too high.

7. Eat Food Before You Get High

It’s the same thing for smoking, edibles, or drinking alcohol. Drinking on an empty stomach will get you higher/drunker than if you eat beforehand. Eat some food before you get high to help stave off the effects of Couch-lock. Eating before you consume an intoxicant helps the body to process it and absorb some of the chemicals in the intoxicant. It’s the same reason behind edibles in general. The THC, CBD, and terpenes are mixed in with the food and are released into your bloodstream at a slower, more spread-out rate. This can help to stave off the sedative qualities of cannabis.

How do you fight couchlock?

Couch-lock can be fought by following the procedure to prevent it in the first place: Know your limits. Use an appropriate delivery method that controls dosage but also how quickly the compounds are released into your system. Avoid strains that are known to cause Couch-lock. Make sure to control your dose. Take your weed in a comfortable environment with people you know around. Have someone there to look after you. Eat food before you get high.

What does it mean to be Couch-locked?

Being Couch-locked means that you have taken so much THC, CBD, and terpenes into your system that the weed acts like a sedative. This causes you to lose the ability to move as your body becomes so relaxed that you feel as though someone has locked you to the couch. Couch-lock is the temporary inability to move due to having taken too much cannabis.

Does CBD cause couchlock?

While CBD is believed to be a contributing factor in Couch-lock, it is believed that it is a combination of High THC, CBD, and terpenes that cause the Couch-lock. The higher concentrations of these chemical compounds act together to create Couch-lock. As marijuana becomes more acceptable as a medicine around the world, more studies are being done. Some day we may have all the answers about cannabis and Couch-lock.

What is couchlock weed?

Couch-lock weed refers to marijuana that leaves the user physically sedated. This type of weed leaves the user profoundly relaxed and unable to move away from the position they feel highly comfortable (read: the couch!). These sedating effects are mostly caused by the genetics and terpenes of the weed strain.

How to get couchlock

If you are interested in a Couch-lock, the best time to harvest your high-THC weed is when the trichomes show a mixture of milky white and amber. When 80% of the pistils seem to have changed their color, there can’t be a better time than this for Couch-lock enthusiasts. It doesn't matter if you're growing indoors or outdoors.

Does Indica cause couchlock

Yes, Indica strains cause Couch-lock especially when they have a high THC, high CBD, and a high myrcene terpene profile. However, it’s also worth mentioning that some Sativa strains also cause Couch-lock. The way you grow and the techniques that are used have a big influence on the amount of THC. Using good cannabis fertilizers can definitely help get that THC rate up.

Couchlock isn’t good or bad. Simply put, it depends on how a marijuana user wishes to feel after taking their favorite tokes of weed. Couch-lock can be bad if it affects your schedule for example. But if you have no plans or a busy schedule, why wouldn’t you get comfortable on your favorite chair or couch and light one up?

How to beat Couch-lock