Leaf Miners - How to Stop Them

There are many different kinds of pests that can harm a grower's garden, though leaf insects are by far one of the most annoying. Leaf miners create tunnels which drill through the center of leaves, making mines that are then exposed to disease. Leaf miner infestations aren't too serious, though, if left untreated, may drastically reduce yields. Here's an explanation into what these critters actually are, as well as how to prevent them from attacking your beloved plants:

Leaf miners represent the larval stage of a variety of bugs which drill holes in leaves and each the insides. They make their nests within the layers and breed incredibly quickly, which makes them very hard to get rid of. They don't pose much of a threat, though they are irritating and can expose plants to much worse, such as fungal infections. 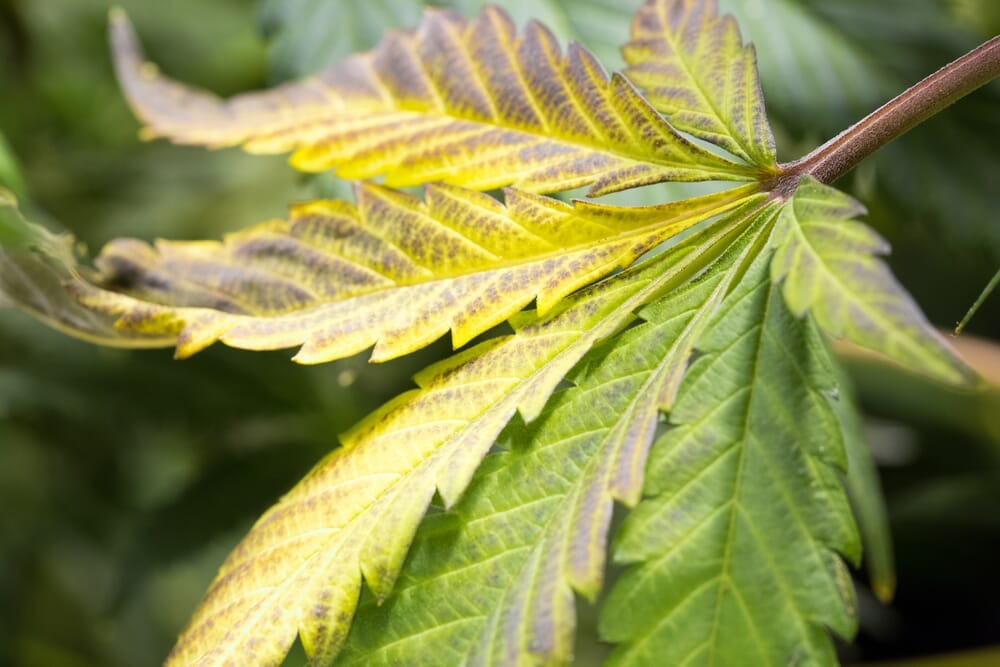 Adult leaf miners are very similar to flies, and are gray in colour, decorated with yellowish stripes and translucent wings. In contrast, the larvae look like tiny worms which grow to just under a centimeter and have a yellowish-brown appearance.

Of course, there will be easy-to-spot indicators that your plants are in trouble if your garden has been invaded, though these signs largely depend on what stage the leaf miners are at in their life cycle. If eggs have just been newly laid and they happen to be the first lot of leaf miners to attack your plants, they may only look like tiny dots on the leaves. However, if the attack has been ongoing, then there will be bite marks on your leaves and leaf mining will be super obvious. The signs manifest as a white, bending line on the surface of cannabis leaves, these are, of course, the mark of the tunnels the insects burrow.

If you think you have a leaf miner problem, the best thing to do is to act quickly before the situation gets worse. There are lots of ways to get rid of them, such as introducing predators to your garden to get rid of them. For example, there is a kind of wasp called Diglyphus isaea which does a fantastic job of suppressing a leaf miner infestation. These insects are easy to get a hold of too and can be purchased from most garden stores or online. Essentially, these predators sting the leaf miners and render them unable to move while they feed on them.

Neem oil is another great way to get rid of these pests and is all natural so as not to harm you or your plants. The oil acts like an insecticide and disrupts the natural life cycle of the leaf miners over a period of time, destroying their population. You could also purchase sticky traps and place them all around your garden on top of the soil as this will prevent them from munching down on your crops.

Hopefully this guide has given you some insight into what these little bugs are, and how you can stop them from tearing up your plants before it's too late. If you think you have an infestation, don't worry too much! Pests like these are pretty easy to get rid of, though its best to act sooner rather than later.

Everything eaten by the leafminers? buy our best strain 420 CARAT FEMINIZED now

Let me introduce myself, I go by the name of 'Joe Green'. People gave me that name for obvious reasons. I am from Amsterdam, the marijuana capital of the world, and I have been growing Marijuana for over more than two decades.

From the moment on I started working in the field of cannabis, it has been a real rollercoaster. From small home-setups to industrial plantations, trust me if I tell you that I've seen it all - those were the days!

I've solved every issue, from obtaining quality and shipping methods, to harvest and plant care. Now I use all my knowledge and experience to develop and deliver you the highest quality seeds. I have gathered a number of top marijuana growers around me who all share the same goal: making sure that we only produce the very best.

We continuously work on improving the quality and develop new cannabis strains. Why? Because we believe everybody should benefit from marijuana for medical, recreational or educational purposes.