Why should I flavour my weed? Weed has its natural flavour, doesn't it? In fact, many weed strains have been bred to produce flavours and aromas that mimic the taste of lemon, vanilla, mint, strawberry, grapefruit, blueberry, and so much more! However, if not grown in the right conditions, these strains may not give your the expected taste. Instead, you'll get very minimal notes of the flavour overwhelmed by the natural taste of weed. That's why you need to flavour your cannabis and make it produce the best of its promised flavour or give it a new flavour of your preference!

We selected the best 3 methods for you to do so. 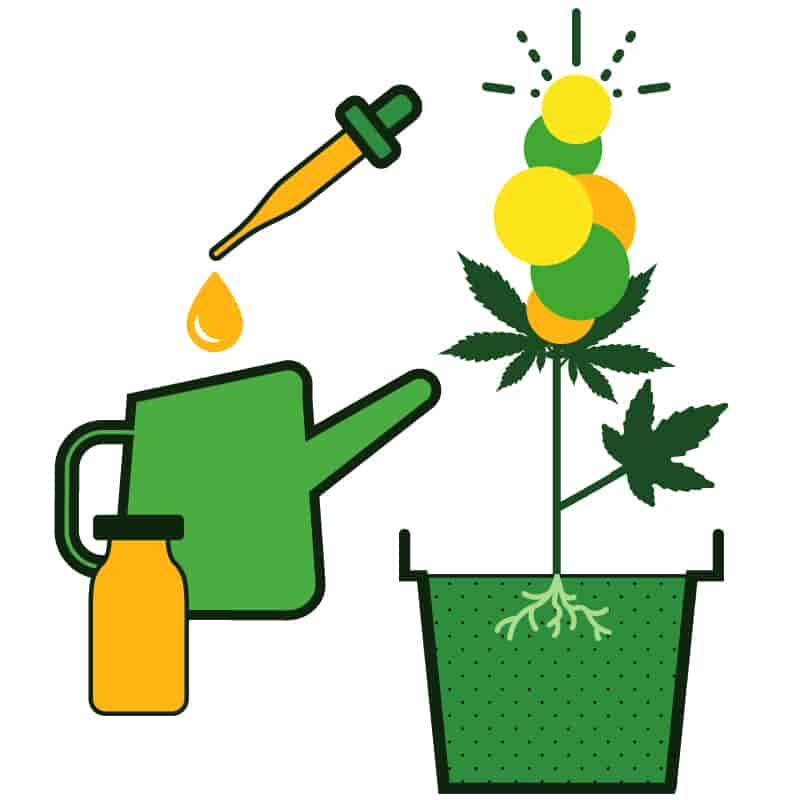 If you want the strain you've planted to have a flavour you prefer, then you need to start preparations a few days before harvesting your weed.

According to our expert marijuana growers, preparations start 3-5 days before harvesting time. During this time, you need to stop watering your marijuana plants. Stopping this will lead the plant into extracting extra mineral salts and other nutrients from the soil.

Although you can stop watering your crops for even 5 days or more before you start harvesting, you need to be very careful because that can harm your plants. They can dry up and finally die. So we recommend 3 to 5 days.

In the event that your marijuana crops start to wither fast or show any signs of wilting before the harvest day, you can add a little water to them. If you decide to do so, make sure you sprinkle the water evenly, so you'll cover the whole plant. 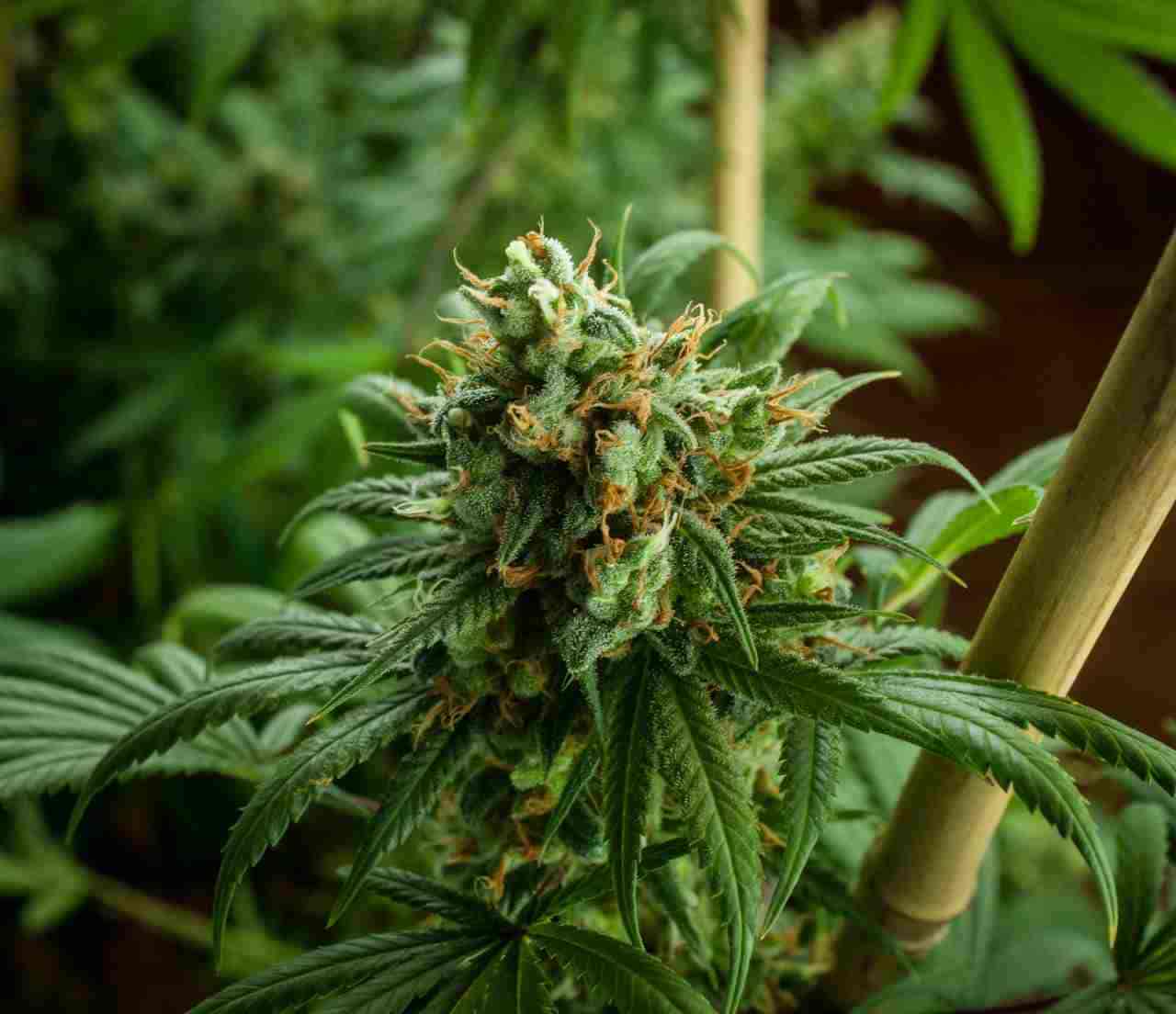 When harvest day finally comes, mix extracts from your preferred food-grade or 15 milliliters of a mild solution to approximately 20 liters of clean water. The amount of clean water depends on the expected harvest. You can increase the number of liters of water if you are expecting high yields.

Now that your flavored mixture is ready, you should slowly and gently water it on your crops. Please be careful not to waste the solution to surface runoff.

Allow the crops to consume the solution for a few hours (roughly 3-5 hours) before you start to cut your weed.

By now, your weed has consumed a lot of water. First, they have consumed the water from the soil for several weeks. Second, you had just watered them with a flavoured solution a few hours before cutting them. Because of this, the weed is now moist. That is why you need to spread the harvested plants evenly to avoid dampness. Make sure there is enough airflow among the crops to minimize mold formation. If possible, keep the crops as separated as possible.

2. How To Add Flavor To Weed During Harvest

Sometimes, things may not go as planned. For example, you want to flavour your weed before harvesting, but somehow you don't get around it. Don't worry. You're still in time to add flavour to your weed. 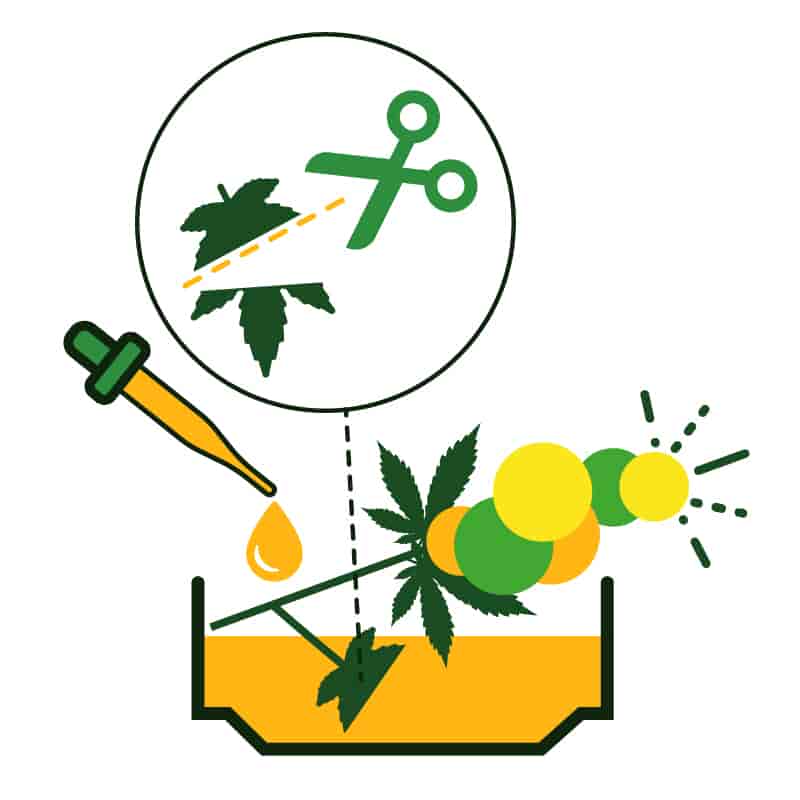 Unlike the first step that requires you to water the crops with a flavoured mixture of 20 liters of water, you'll now prepare a little amount of the solution and put it in a glass.

After this, you'll cut a leaf of weed and dip it inside the mixture. You don't have to wait until the leaves are dry. A fresh leaf full of life is ideally the best for dipping inside the mixture contained in the glass. Why?

When the weed leaf is still alive, it has a high chance of drawing water from the glass up to the stalk and other parts of the weed.

You'll need to allow the leaves for about seven days to settle inside the flavoured water. In these seven days, the leaves will have drained all the solution from the glass.

Finally, remove the leaves from the solution, chop them to your preferred size, then dry the harvest as you usually do.

3. How To Flavor Weed After Harvesting

Flavouring marijuana at a time when the leaves and the stalks seem to be withering and drying up seems like a hard one for many people. Nonetheless, there is nothing impossible about flavouring weed even when it seems that it is too late.

Even when the flowers are weak and jarred, you can still add flavour to this important crop.

The first step towards adding flavour to harvested weed is to add essential oil or extract into the jar. How do I do that?

Once you've identified an essential oil or any other extract that you prefer, you'll need to soak cotton balls inside that extract. The next step is to attach the cotton ball to the lid of the jar. Make sure the cotton ball does not fold anywhere. Rather, it has to hang from the lid facing down.

You can also minimize the chances of your weed rotting by adding several dried items into the jar. Some of the dried items you can add to your jar include flower petals, apple slices, and citrus peels. Alternatively, you can add marijuana spices such as cloves, cinnamon, and rosemary. 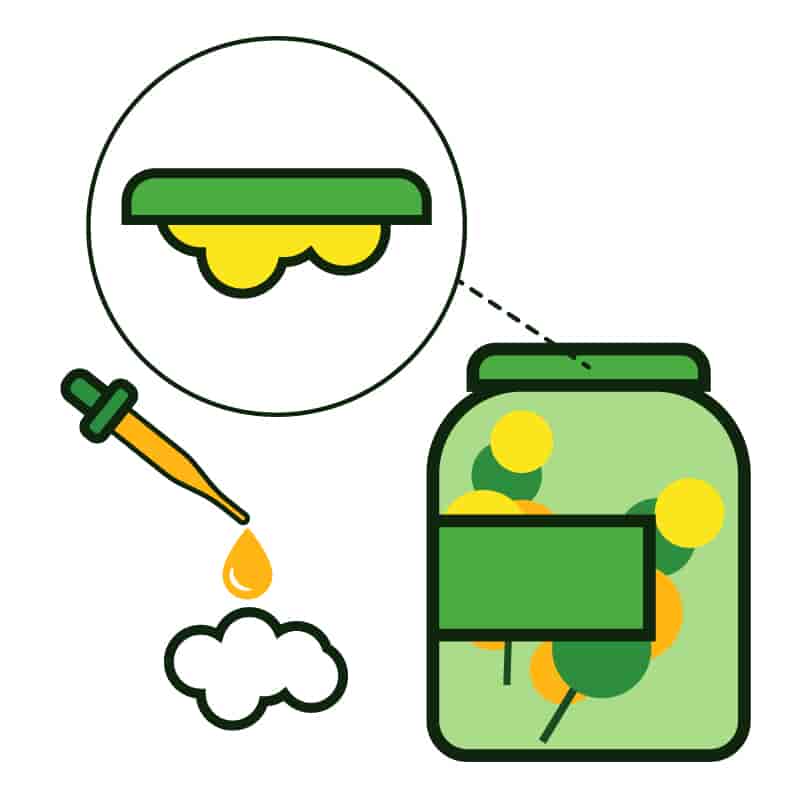 To make your weed taste sweeter, like bubblegum, mix food grade bubblegum extract with some water and place your freshly cut buds in the mixture for a week, dry and cure it. Place the dried buds in a jar, soak a cotton ball in a bubblegum extract and attach it to the lid facing downwards. This way you have sweeten the weed with a bubblegum flavor.

To make your weed taste like coffee, it’s important to ensure that the buds are fully cured and dried. Then keep them in a jar. After that take a large tea bag, empty it, and put some coffee inside. Place the bag containing the coffee and keep it inside the jar containing the weed. No weed flavoring spray needed.

How to flavor homemade gummies

To flavor your homemade gummies, get your most favorite fruit juice and boil it under medium heat for 3 minutes. This enables the gelatin to set inside better. Stir the boiled juice and add the gelatin, then add the sweeteners according to your preference. You can then store the flavored gummies in an airtight container and keep it in a fridge. No weed flavoring drops needed.

How to make weed taste better from a pipe

You can make weed taste better from a pipe by adding your favorite fruit flavoring to the water pipe. For a more enhanced taste, you can add ice cubes to that fruit flavored water but be sure to clean the pipe well after use to avoid sugar from sticking.

How to make weed taste better from a bong

Using flavored sparkling water can make your weed taste better from a bong. Some reputable brands such as Nestle manufacture their sparkling water using different flavors and depending on the flavor you choose, you rest assured that the undertones are really nice as you inhale.

How to flavor old weed

The best way to flavor old weed is to begin by moisturizing it. To moisturize old weed, simply peel off your favorite fruit (could be an orange or mango) and place the peel in the jar containing the weed. The two shouldn’t come into contact with each other, though. After 3 hours of covering, that weed will absorb some of the flavor.

How does weed flavor

Previous How to lollipop cannabis plants, expert tips by AMS
Next Grinding weed with your hands? These are the 3 best ways!