There are a lot of names for the weight of cannabis. It is therefore sometimes difficult to know how much you get for your money. In this article, we'll explain everything you need to know about different cannabis quantities.

The terms for quantities of cannabis vary depending on where in the world you live. This also applies to the measurement system, imperial or metric. However, there are a few standard sizes that are well known in various parts of the world. Read on and learn all about the different measurements and the weight at which cannabis is sold. 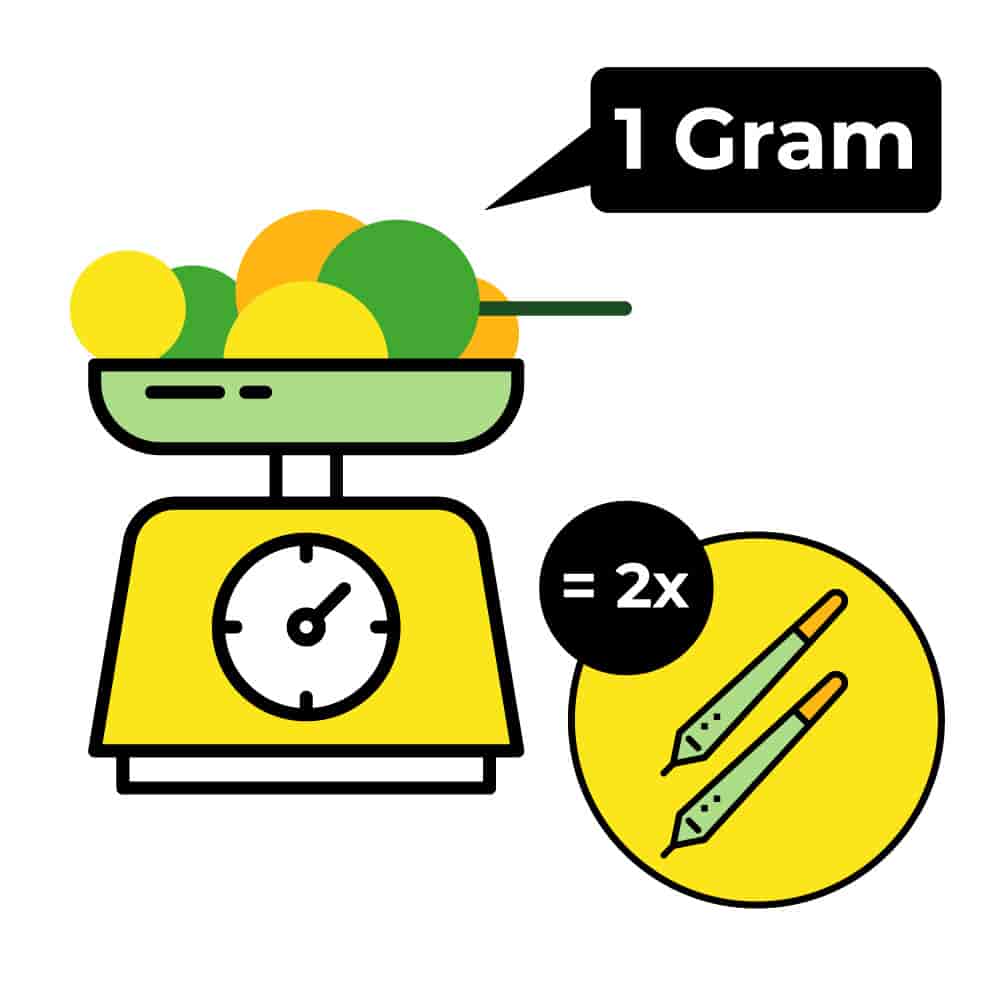 A small, compact weed top usually weighs around 1 gram. And that's usually enough for 2 joints, depending on how thick or thin you roll your joints and whether or not you use tobacco.

The designation '1 gram' is used in many places in the world including North America and Europe. 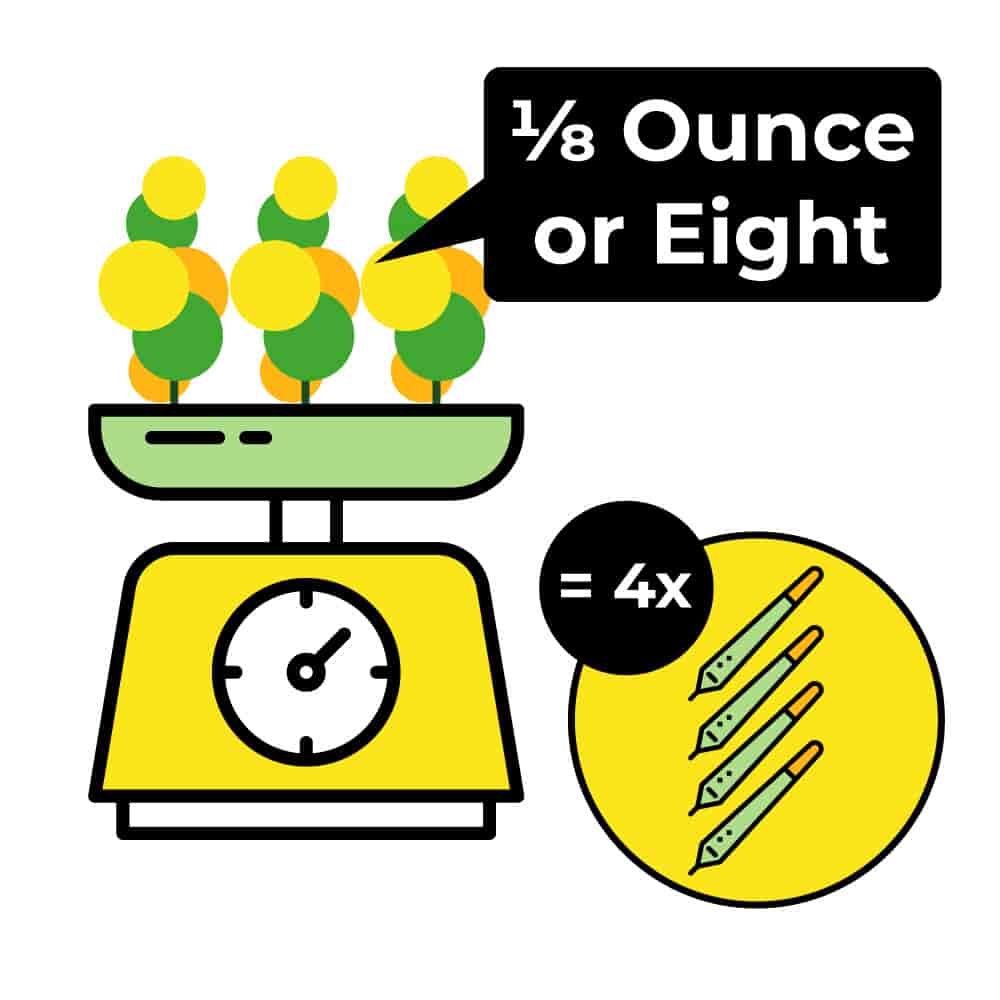 1 ounce is approximately 28g. So ⅛ ounce (often simply called 'eighth') is approximately 3.5g. For an eight you generally have 3 good buds. This depends on how large and heavy the buds are. Depending on how you roll, you can make 4 joints out of this.

Eight is not used everywhere in the world, but it is used in (parts of) Canada, New Zealand, the UK, and the USA. You don't see the term that often in Europe. 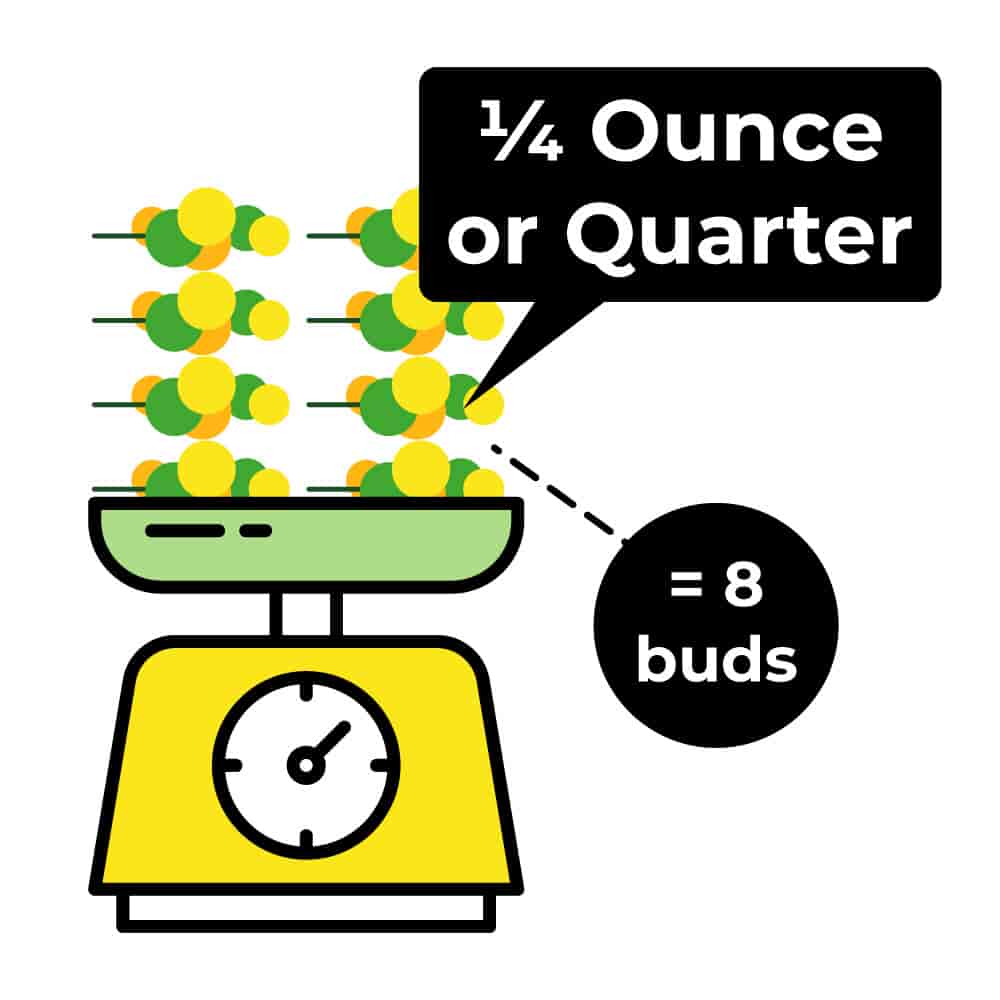 A ¼ ounce is 7 grams of weed. It is also called "quarter" or "q". For a quarter you get around 8 compact tops. Enough, therefore, to get along for a while.

The quantity quarter is widely used in Canada, NZ, US, UK, and Australia. 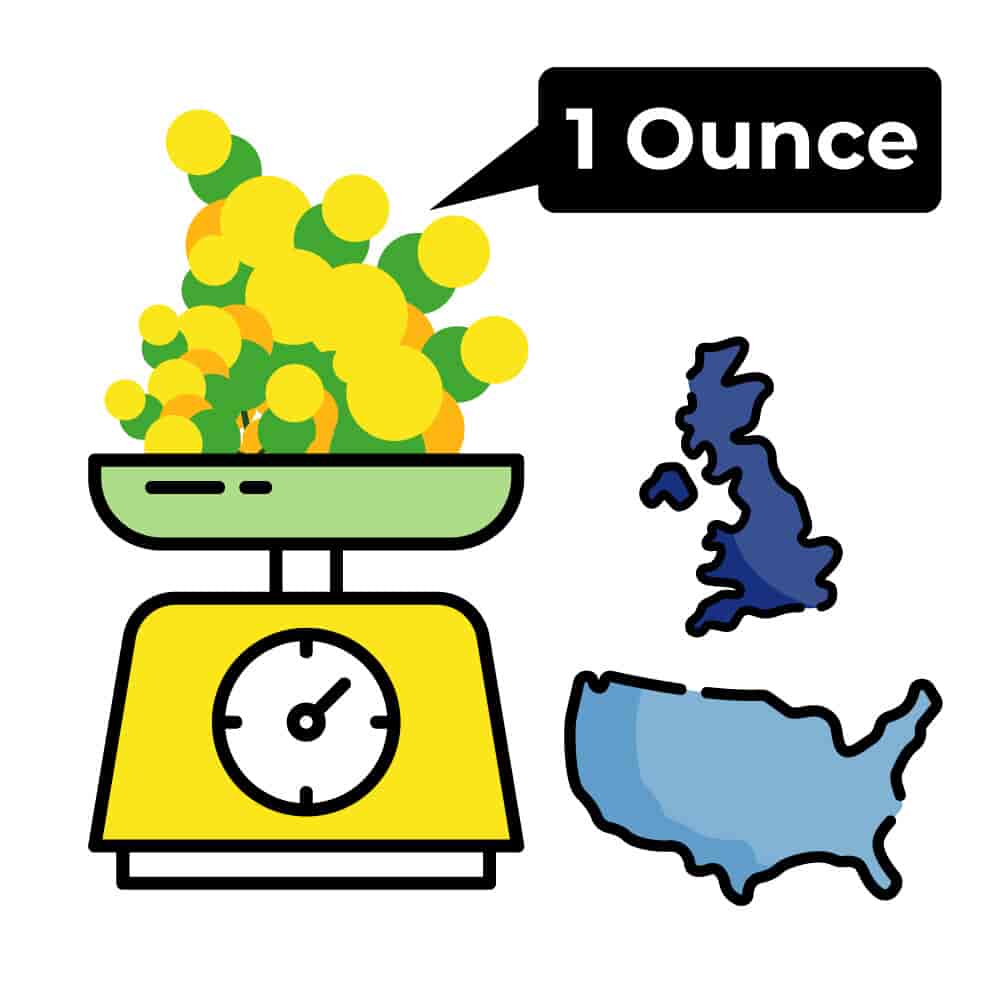 The quantity 'ounce' is common in the UK and the US, because the imperial system is still used here. But even if the metric system is common in other countries where English is spoken, an ounce is also used for weighing weed.

Gram and ounce are the most common weight indications. But there are many more terms used to indicate the weight of a quantity of marijuana. You may have heard of the following terms ...

Previous Cannabis blueberry smoothie recipe from AMS
Next How do you know if your weed plants get enough water?