Why coffee and cannabis are a wonderful combination

Many people who smoke weed like to do that over a nice cup of coffee. Whether it's black, a flat white or a pumpkin spice latte. The flavors of the two stimulants complement each other perfectly. Don't you think? There are even people who believe that coffee improves the high of weed. So that's really a win-win. Read this article and find out why many enthusiasts opt for the delicious combination of cannabis and coffee.

The taste of coffee and cannabis 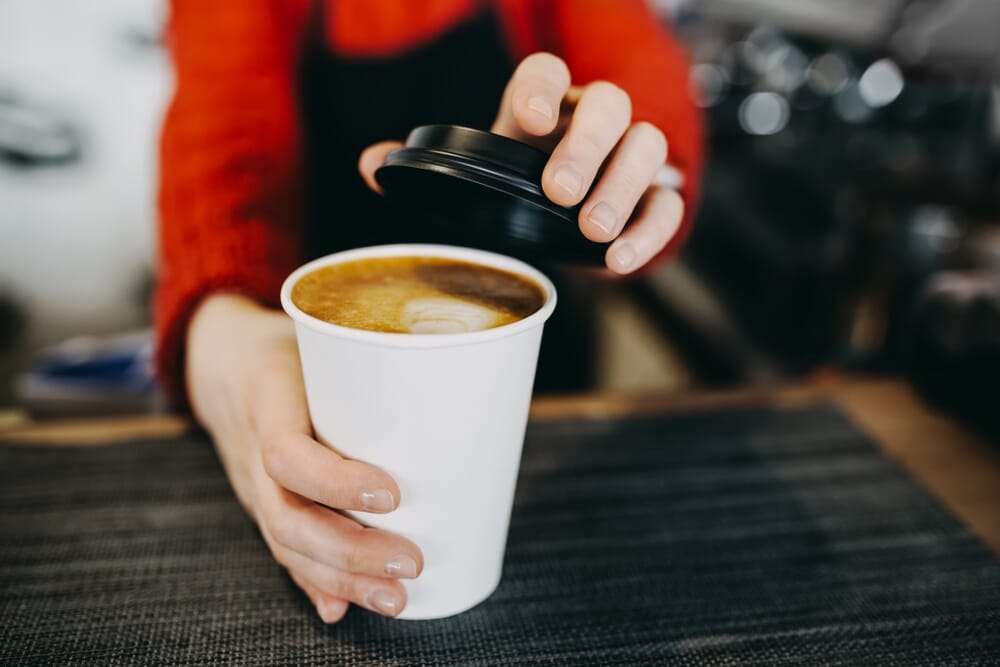 The taste of cannabis is influenced by quite a few different factors, such as the climate, the type of cannabis strain, whether it is grown outside or indoors, and also how it is packaged and cured and how old it is. Taste is therefore influenced by many factors. But what about coffee? The taste of coffee varies depending on the way the coffee beans are roasted. A dark roast, for example, has a very strong taste, a bit bitter. For all tastes to come together well, you may have to try out different things. But if you manage to do so, and find a good balance, you will have a perfect stoner duo.

Let's have a closer look at coffee, and more specifically at the most important factor that influences the taste of coffee: the roasting of the beans. In general, you can get coffee in 3 variations, namely in a light, medium, or dark roast. If the roast is lighter, it contains more acids and caffeine. Moreover, this brings out a more sweet taste.

You could combine a light roast with an Indica-dominant weed strain that is slightly sweet. This can contribute to neutralizing the acid from the roasted coffee beans. A well-chosen cannabis strain can also ensure that all the delicious aromas of the coffee are released. This of course also depends on your personal taste. The goal is to match the tastes so that they complement each other.

When you drink coffee that is medium or dark roasted, it will taste more bitter than a light roast. You could choose a Kush to go with that. The sweet, slightly aromatic buds can be a good addition to the bitterness. Just try, and listen to your taste buds! There are many more weed strains to vary with than there are coffee tastes. But there is plenty of choice on both sides to vary and look for your personal match. The search is also fun!

The effect of coffee and cannabis 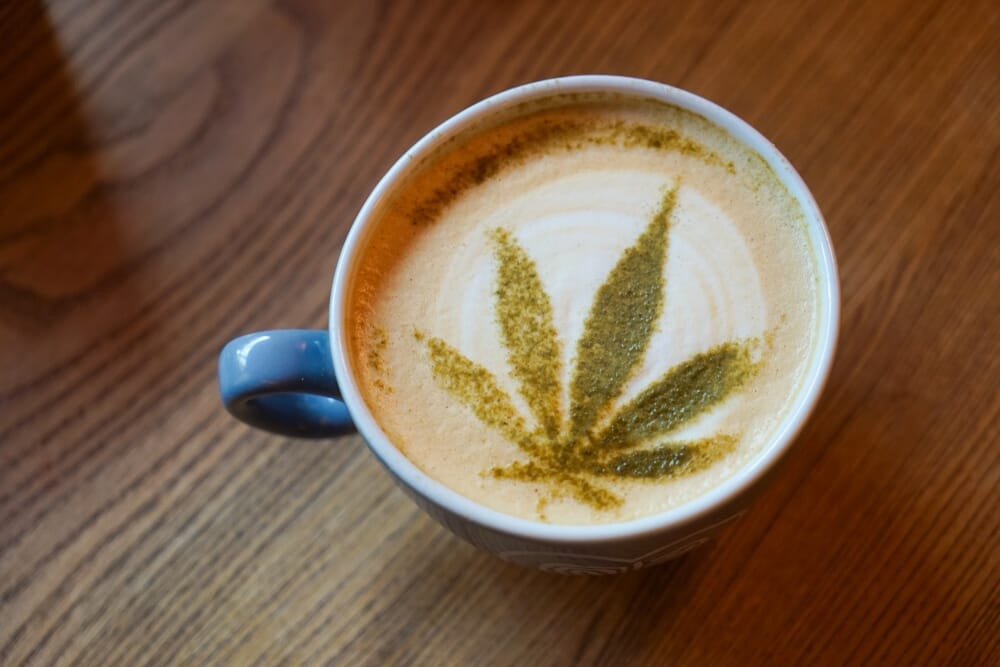 We all know why people drink coffee. The term recreational use, which you often hear when cannabis is consumed, does not really apply to coffee. The caffeine in coffee provides a slight boost. It makes you more alert and gives you energy. Because of this stimulating effect, coffee is especially popular among working people. In offices there is often an active coffee culture, the best ideas and nicest situations often arise at the coffee machine!

If you drink coffee you won't immediately get an energy boost from the coffee itself. The actual effect is caused by the increased adenosine supply to the human brain. This chemical compound causes you to feel sleepy and relaxed. The caffeine in coffee mimics this connection. It causes to block the receptors so that they do not receive adenosine. This makes you feel more alert and you have the feeling that you have more energy.

So far the coffee part. But how does it work with weed? Well, this is very different. Weed (or marijuana, cannabis... it is all the same) is a stimulant that you can use for pleasure as well as for medicinal purposes. Weed influences and changes the chemical balance of your brain much more than coffee does. That is why the effect that weed causes are much more intense than the effect that coffee has on you. After all, you yourself know the difference between drinking a cup of coffee and smoking a blunt! If you smoke a joint immediately after waking up in the morning, it doesn't have the same effect as a cup of coffee at breakfast. Cannabis contains cannabinoids. These cannabinoids show similarities with the endocannabinoids that are already in the human brain and our nervous system. Cannabis just works differently compared to cannabis.

Marijuana binds to different receptor locations in the human body, and by doing so the feeling you get will be more intense. The use of weed also ensures that the natural limitation of the activity of neurons in the brain is removed or put on non-activity. As a result, thoughts and feelings also become more intense and magnified.

The Best Stoner Movies
Stoning doesn’t have to be boring. If you are rolling a joint or smoking one, you have all it takes to make that session an out-of-this-world experience.
Continue to read

Best Weed Apps of 2021
These apps are among some of the best apps for marijuana. Whether you want to buy, grow, learn about the business, or find out if marijuana can alleviate your condition, these apps will can give you the information you are looking for. You can access a treasure trove of information on marijuana, seeds, dispensaries, CBD, doctors, clinics, delivery services, and more.
Continue to read
Most read blogs
Categories
web-monitoring-ok