The Journal of Epidemiology and Community Health have newly released a study where they examined around 800 cannabis users who were women and discovered that females who smoke marijuana displayed higher IQs than the rest of the general population. It was actually found that women who were 50% smarter than the standard female was far more prone to smoke cannabis in their daily lives.

Now, before you go and brag to your mates and colleagues about how cannabis makes you more intelligent, there are certainly a lot of caveats here. For one thing, 800 women isn’t a fantastic sample to draw conclusions from — it’s definitely not a reflective collection of the billions of women all over the globe. Secondly, an ambiguous link does not equate or imply causation — just because women with higher IQs smoke weed, it doesn’t mean that cannabis is causing people to get smarter, or vice versa.

Just because women with higher IQs smoke weed, it doesn’t mean that cannabis is causing people to get smarter, or vice versa.

In saying this though, there are indeed many theories and ideas about the issue. The authors of the Journal think that a greater IQ may push a person to seek out more stimulation and things to entertain them, and in turn, may find cannabis for its uplifting and creative effects. 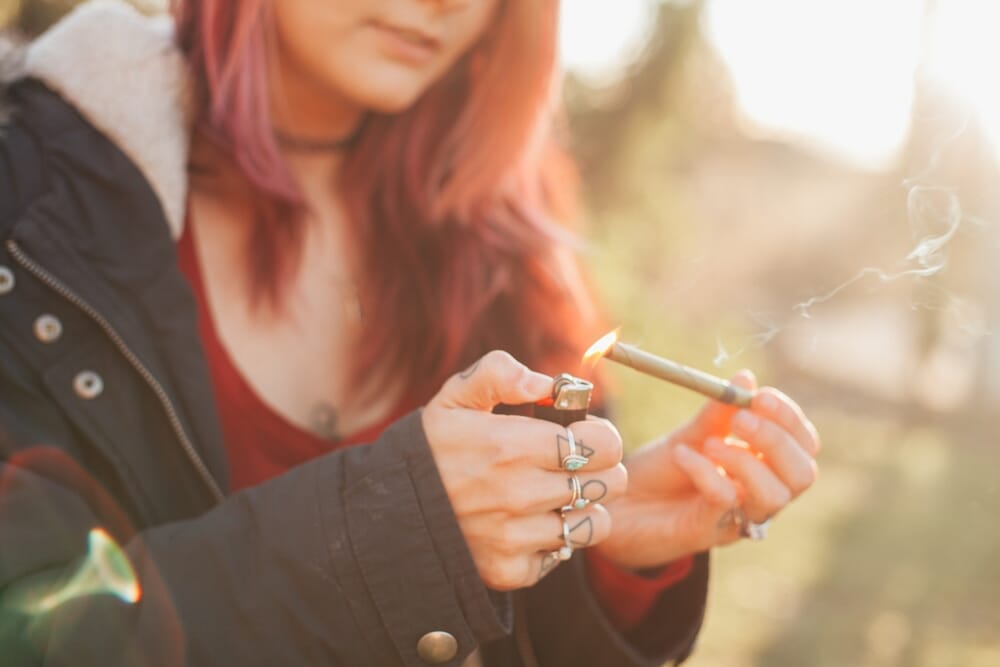 We would also disregard financial income as a factor — a woman with a higher IQ might be able to make more money or have more resources, and of course, would then have easier access to cannabis on a regular basis.

Smoking a joint or taking a bong won’t necessarily make you clever.

Keep in mind that these are all just theories, though. It is true to state that legalization of the drug means that the marijuana industry is reaching out to new and different audiences and that individuals all over the world, more than ever, are trying and using cannabis, finally freed from the legal issues and societal issues and stigma that surrounded it in the past.

Smoking a joint or taking a bong won’t necessarily make you clever, but it is definitely possible that more women with higher IQs have found important uses for cannabis in their lives.