Why Does Weed Make You Hungry?

Weed has different definitions, but we describe it as the dried flowers and leaves of the cannabis plant in this context. It contains compounds like tetrahydrocannabinol, commonly referred to as THC, and other compounds like Cannabidiol or CBD.

Excessive use of weed can cause addiction, and this can be harmful to someone's health. Weed can be smoked in hand-rolled cigarettes, pipes, and cigar wraps.

Weed can be used as follows:

Weed can be categorized according to its strength; there are different strong forms of weed: sinsemilla. This is found especially from female plants and concentrated resins, containing high doses of weed ingredients, including honey-like hash, waxy oil budder, and hard amber-like shatter.

Weed is most common among the youths, mostly used for recreational purposes, but this does not mean that the older minority does not have a hand in this. In order for one to notice a person who has just smoked weed. The following signs will help. Some signs are visible, while others are internal.

Symptoms Of A Person Using Weed

The legal status of weed usage in the Netherlands is silent as the law has not been provided. It is just recently that there is a case filed by the Rastafarian community who are seeking for leave to grow weed.

Weed has for a long time been taboo to most people. Weed is usually associated with adverse effects compared to its positive. Weed cannot be legalized yet, and most people who use it do so at the down-low. Even so, weed has several benefits, which are;

Weed is mainly associated with adverse effects. One of the most common effects of weed is an increase in appetite. When using weed causes high levels of appetite, and it is essential to understand this in-depth.

The Science Behind Why Weed Makes you Hungry.

The use of weed increases appetite levels. This is because weed tricks the brain into thinking of eating even when once is full.

The brain produces cannabinoids that help control appetite, mood, memory, and pain. However, the tetrahydrocannabinol produced in weed leaches on the cannabinoid receptors in the brain, mimicking the same chemicals.

The tetrahydrocannabinol gives the switch instead of producing the chemical that signals one is full, suddenly the neurons start giving the hypothalamus the feeling of hunger.

According to NewScientist, weed plays with the cannabinoid receptors of the Endocannabinoid System to make food taste and smell more intense, which in the long run makes you hungry and increases your appetite.

How Does The Body React To Hunger

When one is hungry, most probably it is caused by the following factors, these are:

How Does Weed Amplify Hunger

Weed stimulates hunger through the production of a hormone called ghrelin. This hormone usually acts in appetite centers in the brain that stimulates desire.

The cannabinoid compound primarily impacts taste and smell. Therefore, this combination has a beneficial value, especially for those who are interested in food.

One problem of weed effect in the increase of appetite is that it causes weight gain. This can be a good thing for persons suffering from anorectic and those who want to gain weight.

Weight gain is a contributing factor to excessive eating or an increase in appetite. It is crucial, however, to understand the following about this crucial area before using weed.

What To Eat When Hungry

The brain appreciates high-calorie fats, salts, and sugars. Weed, however, rewards the nature of food one eats. The body released dopamine in response to these.

How hungry one gets depends on the amount of weed consumed. When smoking weed, the levels of tetrahydrocannabinol in the blood is higher and leads to more appetite than eating edibles. This is because edibles have to be digested making whatever food in the body system slow down the absorption of tetrahydrocannabinol until it finally reaches the brain.

It is important before using weed to choose healthier options that still have sugars instead of starch. Make a healthier food plan while preempting these adverse effects of weed.

Is Weed Appetite A Good Thing?

Generally, too much appetite from weed is a problem. However, weed appetite is indeed a powerful tool and also the future of medicine.

Sometimes, one can be recommended weed as a drug; if this is so, then it is good.

Does Taking Edibles Change The Way It Affects Appetite?

Hunger comes after smoking weed. Tetrahydrocannabinol that is absorbed in weed will be absorbed into the body; this is whether smoking or eating.

When one has already eaten an edible then smokes weed, this will indeed affect less intensely.

Eating edibles other than sugar-sweet snacks will accelerate the effect and causes one to be so high. In this situation, it is advisable to choose regular healthy food.

Does Weed Cause Weight Gain?

Weed receptors occupy the mitochondria. This is the power of plants to give energy. It has the tetrahydrocannabinol receptors and regulates energy use. Weed gets in and alters the ability to burn calories.

Can Weed Hunger Be Controlled?

To control weed hunger, the following can be helpful:

However, weed is linked to reduced body mass index (BMI) and lower chances of obesity. The important fact is weed can cause weight loss, and this can happen as follows;

Does Everyone Experience Weed Effects?

The more significant majority experiences weed hunger. However, the minority still has a seat at the table.

The use of weed does not automatically spike appetite for everyone. For example, weed hunger does not happen to persons who have fewer cannabidiol receptors in the brain's olfactory region than the average. Here, the chances of getting hungry become slim more especially after consuming tetrahydrocannabinol.

Regular weed users are less likely to have issues with obesity than non-users. The reasoning behind this is that weed consumers consume more calories and but have lower body fat. 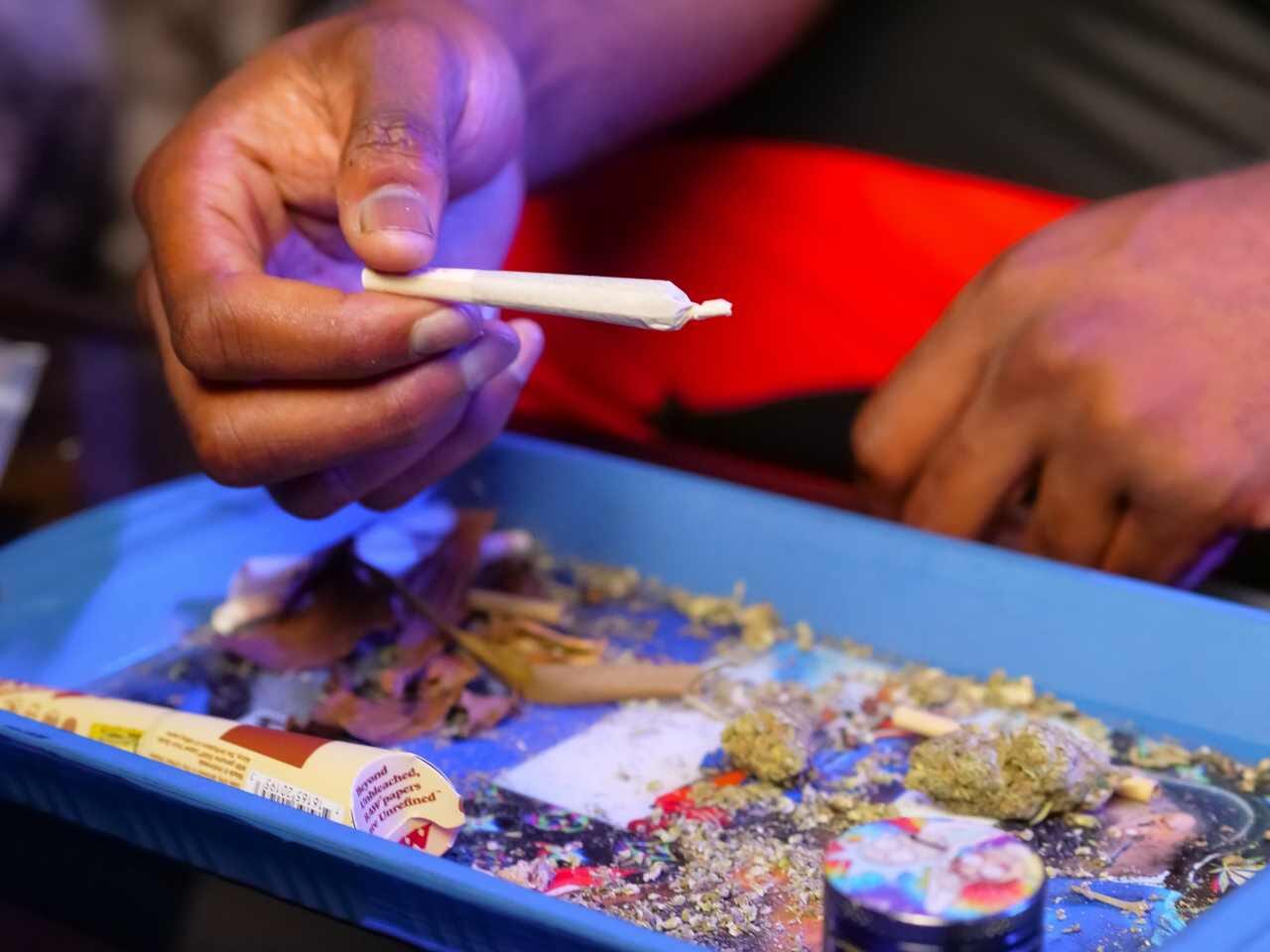 The effects of smoking weed can be classified into two categories, namely, short-term effects and long-term effects.

a) Short term effects are;

b) Long term effects are;

Young people are the most influenced demographic in weed consumption. Weed is everywhere at their disposal. Its usage, however, has greatly affected;

Weed does cause high hunger levels. However, this is only experienced by the more significant majority but reacts differently to the minority.

Weed does cause weight gain, and it helps persons who are anorexic and those who want to gain weight. Even so, weight hunger should not be encouraged.

Weed hunger is beneficial and has practical value, but this is usually to some category of persons. Weed users have a lot at their disposal to control this effect.

Weed though it is a drug, it also has its medicinal value as it can also lead to weight loss. This being the case, weed has a great deal of help in future medicine. Unfortunately, this has not been acceptable in Kenya, where most people use weed down low. Therefore, the legalization of weed could be the most appropriate solution.

Weed hunger can do a lot of harm than good because it will cause weight and appetite gain. Weight loss is not easy, especially if you have given in to weed hunger for an extended period. It will be too expensive, and sometimes the morale of losing weight can end, especially when the actual weight loss is not visible.