Weed or alcohol? There is a clear winner, scientific research shows

What is worse for you: weed or whiskey? It may be difficult to say, but according to science there is a clear winner. Of course, the (negative) effects depend on a person's physiology (heart, brain), behavior and addiction sensitivity. Time is also a factor, because some effects manifest themselves immediately and others only in the longer term.

And there is another reason why a comparison is not entirely fair: research has been conducted into the effects of alcohol since time immemorial, but this is less so with cannabis.

Marijuana is less addictive than alcohol

American research shows that nearly half of Americans have smoked weed at least once in their lives. But only a small percentage really becomes addicted, according to large-scale research from 1994 by the National Institute on Drug Abuse, in which more than eight thousand people between the ages of 15 and 64 were interviewed. 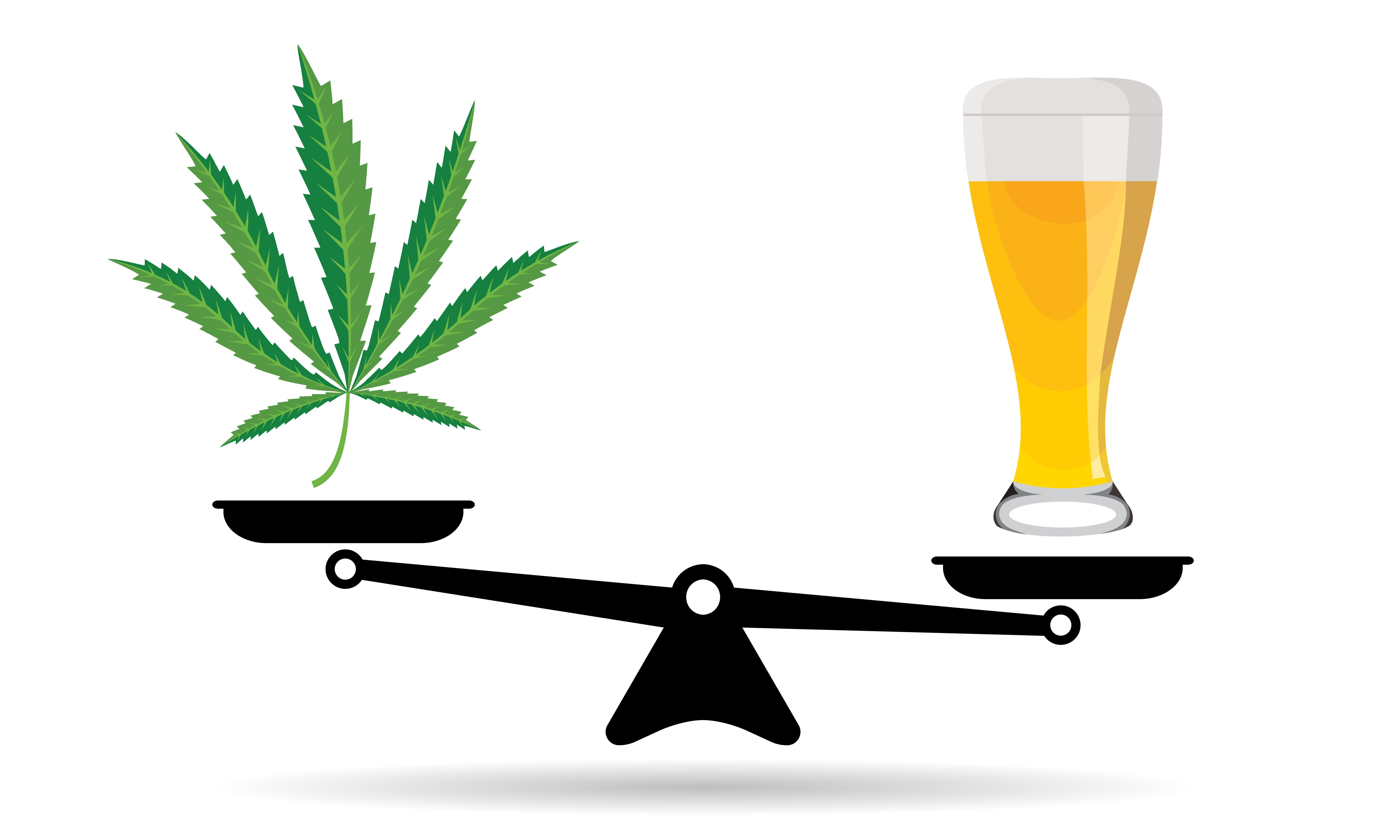 Those who had tried marijuana at least once were nine percent classified as ''addicted''. With alcohol consumption, that percentage was 15 percent. The addiction rates of cocaine, heroin and nicotine were 17, 23 and 32 percent, respectively.

Various studies indicate a link between alcohol and violent behavior. According to the National Council on Alcoholism and Drug Dependence, alcohol is a cause in forty percent of all violent crimes. A study among students shows that among couples who drink alcohol the percentages of mental and physical abuse are higher.

With marijuana there would be no or hardly any link between use and increased risk of violence. Users would even be less likely to violently express themselves as non-users.

What about road safety?

The US Road Safety Agency (National Highway Traffic Safety Administration) states that a certain amount of THC in your blood does not increase the risk of car accidents. If your alcohol percentage is 0.5 percent or higher, the chance of an accident is increased by no less than 575 percent. A combination of the two drugs - logically - leads to the greatest risk in traffic. If you are under the influence of both drugs, then the risk is (of course) even greater.

Alcohol can lead to obesity

Smoking weed has the effect of overeating. It can lead to a weed smoker taking up an additional six hundred calories. However, weed smokers do not have a higher Body Mass Index (BMI) score. In fact, people who regularly smoke weed have a lower risk of obesity.

Alcohol is more often associated with weight gain or even obesity, according to a study published in the American Journal of Preventative Medicine. A can of beer has 150 calories and a glass of wine 120 calories.

With both the use of alcohol and weed, it is wise to handle with care. Know your limits and always make sure that there are people nearby who can help you if something may go wrong. Enjoy it in moderation. Let the good times roll!

No Alcohol today? buy our CALIFORNIA DREAM right away!