9 Points in History of Amsterdam & Cannabis

Amsterdam and cannabis go way back. In fact, cannabis culture took root in the city before it spread throughout the rest of the Netherlands. Even before prohibition, Amsterdam was home to the dedicated and passionate pioneers that would propel our history forward.

A lot has changed since then regarding cannabis policy throughout Amsterdam and the Netherlands as a whole.

Today, we want to spotlight important points in Amsterdam’s cannabis history that helped put the city on the map. Nowadays, people are familiar with the city as a laidback, free-willed, cannabis-friendly oasis (especially for tourists). Let’s go back in time to see how Amsterdam and cannabis’ stories weave together.

You likely already know about the Netherlands’ cannabis criminalization in 1913. This was happening across many other parts of the world around the same time, too. International drug regulation was in its infancy.

It wasn’t until the 1960s that citizens began a movement tied to cannabis and other rights. This movement was the start of the liberal, free-thinking city of Amsterdam that we have today. Prior to this point in time, though, the Opium Law lumped cannabis right in with hard drugs like cocaine and heroin.

The hippie culture movement running frenzied in the United States made it over to the Netherlands around the same time. Specifically, the hippie movement hit Amsterdam. With it, the number of drug-related violations in the nation started escalating.

Provo, a small hippie movement in 1965, provoked authorities by organizing activities like manifestations and smoking sessions. Cannabis was smoked out in the open. This eventually evolved into the cultural phenomenon that it is today.

With such a record high of drug-related violations for the country, the government was forced to make a decision. At first, Dutch police persecuted any and all cannabis users. Then, though, restrictions began to loosen.

Heroin addiction had increased throughout the nation, so focusing on harder drugs’ eradication compared to cannabis became a priority. The implementation of drug legislation was finally underway for drugs like cannabis, albeit with specific guidelines.

June 1970 is when 1969’s drug legislation implementation guidelines first took place. There was a Dutch pop festival being held in Rotterdam. Authorities merely observed the crowd rather than arrest cannabis users among the crowd.

Police officers got to witness drug use for the first time without the need to report it or arrest someone. The atmosphere was so pleasant and inviting, many were caught up in the vibe. It was quickly discovered soon after just how friendly and accommodating pot smokers are.

After this point, authorities were no longer able to justify incriminating such an innocent plant. It was soon after that lawyers and politicians alike began standing up for decriminalization and even legalization.

However, restrictive state laws remained in place. The need for a new cultural model was created, and thus, coffeeshops were born. In 1972, the first coffeeshop opened its doors. Known as a teashop back then was the very first coffeeshop, Mellow Yellow.

It only took three years for another two coffeeshops to be founded in Amsterdam. The 1970s was a beautiful start to the blossoming of coffeeshops across the country. Finally, in 1976, the Opium Law was revised. The law distinguished between cannabis products and “substances with a big risk for the individual’s health.”

The number of coffeeshops in the Netherlands had peaked by the 1980s, paving the way for changes in the ‘90s. Coffeeshop-specific regulations were developed in 1991 and adopted officially in 1994.

New criteria arose in 1992 amidst this. BHOJG criteria strictly monitored and observed coffeeshops across the country.

If a shop were to commit a violation, it was closed immediately. Violations might include stocking or selling large quantities, allowing people under 18 years of age to enter, advertising cannabis, and more. 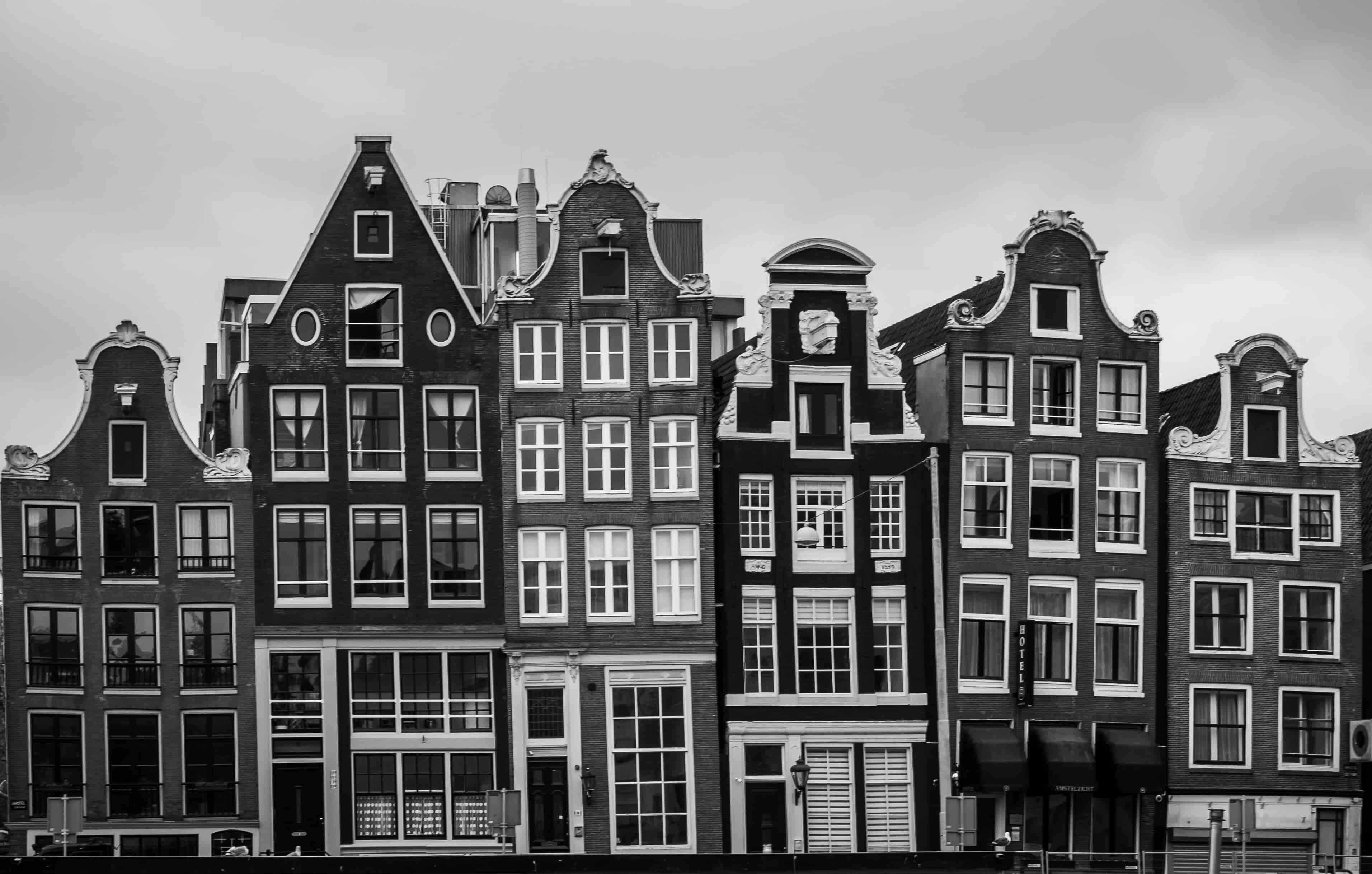 Cannabis policy had become more strict by 2003. However, the pharmacy began allowing users to get medicinal cannabis. Essentially, you must have a medical card, prescribed only by a doctor. With this card, you gain access to legal, medicinal cannabis.

Fun fact: there’s only one company in the Netherlands that can legally grow and supply cannabis to pharmacies. It’s the only company commissioned by the Ministry of Health, Welfare and Sports to do so.

Notice that we say attempt. The “no smoking” signs implemented throughout Amsterdam eventually became something of a collector’s item. Certain squares or entire streets weren’t allowed to be smoked on. Smoking anyway could result in a fine.

And while the citizens respected the no smoking rules, the signs were still stolen. To be a good sport, the city of Amsterdam responded by offering the signs for sale online. All proceeds ended up going to a worthy cause for the city.

Cannabis regulation was being tirelessly worked on. In another attempt, politicians introduced the Wietpas across the southern part of the Netherlands. The weed pass, or Wietpas, only lasted for a few months before it was abolished.

Regardless, it started the requirements that coffeeshop customers had to show proof of identity and residency. The rule essentially prevented tourists and foreigners from being able to buy cannabis legally within Amsterdam.

By 2014, politicians wanted to see a different approach to drug regulation. The mayor of Amsterdam sought exactly this, started the Joint regulation manifest. This manifest went on to accept signatures from 60 other municipalities, even gaining support from some members of the government. Unfortunately, the manifest didn’t make much progress after this point, as it didn’t gain support from the Minister of Justice. Also, in 2014 it was estimated that in the Netherlands 1 Biljon KWH of electricity was tapped for the cultivation of Cannabis. It is unknown how much of this was used in Amsterdam but you can expect a lot!

What used to be a pioneering country for cannabis has since been left behind. Many states in the United States now have more legal cannabis rights than the Netherlands. And while Amsterdam continues to fight for our legal right to the plant, there’s still much progress to be made. In the meantime, we cherish what we do have in regard to cannabis.

The Wietproef experiment is still underway. 10 different Dutch municipalities have the chance to sell cannabis from legal growers. We’re excited to see the results of such a rewarding project. Likewise, we’re eager to see more milestones in history for Amsterdam and cannabis.

50 Years after founding Mellow Yellow, Wernard Bruining is still very much involved in the Cannabis Scene but now with a Foundation and a website dedicated to the workings and creation of THC Oil. It’s called; Stichting Mediwiet.

This kind of dedication and passion for cannabis is common in Amsterdam. In due time we will add more stories about the pioneers of this industry in Amsterdam, our Dutch Seed Company and why it is that we produce a Unique quality of Seeds.

Previous How to make a Marijuana Mojito, the AMS Recipe!
Next How To Assess the Quality of a Marijuana Bud